Trump’s trade war: even worse than you think 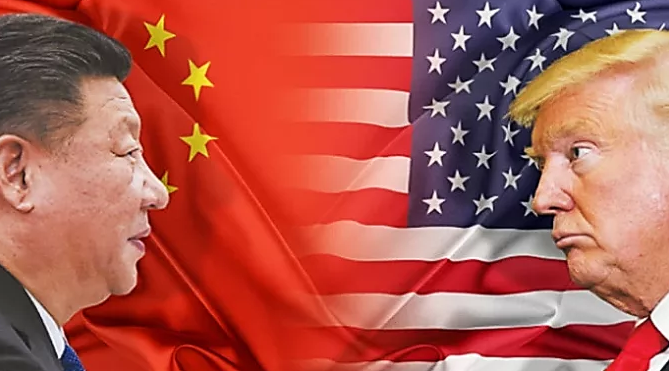 By Professor Barry Eichengreen, guest writer for the July 2019 Coroconnect

THE TRADE WAR between the US and China is not ending anytime soon, notwithstanding the efforts of presidents Trump and Xi to make nice on the sidelines of the Osaka G20 summit. Trump signaled as much, hedging his ‘no new tariffs’ pledge with a telling “at least for the time being”, and noting that “I [still] have the ability to put on [a tariff ] if I want to”.These remarks should not come as a surprise, for they are a reflection of Donald Trump’s personality and politics. Trump thrives on chaos. He likes nothing more than keeping his enemies and indeed his friends, such as they are, off guard. And nothing is more effective at creating chaos than Trump’s tariff tweets. In addition, blaming China for US economic problems is a convenient way of distracting attention from their domestic causes and from the President’s failure to alleviate them.China for its part is a proud country whose leaders have no intention of backing down in the face of threats. Chinese leaders perceive Trump’s demands through the prism of the Opium Wars and the humiliating concession of treaty ports to Western powers by the Qing Dynasty in the 19th century. The more aggressive the US President’s attacks, therefore, the less likely is a negotiated solution.Moreover, the trade war is now seen by both sides as part of a larger geopolitical conflict. This is a conflict over geographical spheres of influence, starting with the South China Sea but increasingly encompassing the globe. It is a conflict over who possesses the technological high ground and how economic policy can shift the techno-logical balance. Trade, any economist will tell you, is a positive-sum game in which both sides stand to benefit. The struggle for geopolitical supremacy, on the other hand, is a zero-sum game that only one country can win. The most consequential   change   in   the   trade-policy debate in the course of the last year, therefore, is that trade has come to be seen as subordinate to this struggle for geo-political primacy.

With what consequences for the economy, one might ask? Mainstream analyses suggest that the macroeconomic effects of a US-China trade war are likely to be small. US-China trade is less than 1% of global GDP. Even in a full-scale trade war between the two countries, most of their previous imports from one another would simply be sourced from third countries. To the extent that there is nevertheless a negative impact on aggregate demand, this would be offset by appropriate adjustments of monetary and fiscal policies. Or so mainstream economic models suggest.Thus, three economists at the Dutch Central Bank have used a global macroeconomic model to estimate the effects of a 10% US tariff on imports from China, together with tit-for-tat Chinese retaliation. They find that these policies will depress global GDP by just 0.1% after one year and 0.5% after three to four years. The Organisation for Economic Co-operation and Development similarly estimates, using its in-house model, that if the US and China imposed 25% tariffs on each other’s exports, global GDP will be just 0.7% lower by 2021 than otherwise. Three   European   Central   Bank   economists,   assuming a 10% increase in US and Chinese tariff and nontariff barriers on imports from one another and simulating a suite of multicountry econometric models, conclude that global GDP will be just 0.8% lower after a year.But the sharp negative reaction of stock markets to Trump’s tariff tweets is hard to reconcile with these sanguine conclusions. Moreover, many economists instinctively feel that a trade war would inflict significant damage on the economy and the prospects for growth and profitability. They are just unable to back up this intuition using standard models.

UNCERTAINTY AND ITS IMPACT ON INVESTMENT

So, what do these models miss? First, they miss uncertainty and its impact on investment. If the trade war persists, it will make sense for US firms building productive capacity in China or purchasing inputs from Chinese suppliers to shift their capacity and sourcing to marginally higher cost locations, be these Vietnam, Mexico or the US itself. Likewise, Chinese companies that previously contemplated expanding their domestic assembly operations with exports to the US in mind may have reason to invest abroad even though overseas costs of production are marginally higher. But if the threatened tariffs never come into effect or turn out to be ephemeral, then relocating production will have been a costly mistake, given sunk costs and irreversibilities. The Baker-Bloom-Davis Index of trade-policy uncertainty for the US shows major spikes around each of Trump’s trade policy statements and tweets. In these circumstances, it clearly pays to wait. Hence, even if the trade war has very limited implica-tions for capital accumulation in the long run, it can still have a large impact in the short run, as uncertain investors hold off making commitments. The consequent sharp fall in investment will then be amplified by multiplier effects familiar from standard business-cycle models, with a large short-run impact on GDP.Second, standard models miss the negative impact of the trade war on global supply chains. A trade restriction that raises the cost or reduces the availability of imported inputs essential to production in a first sector, by reducing that sector’s output, can have a magnified impact on the output of a second downstream sector that uses the output of the first sector intensively in production. As these supply-chain disruptions ramify through the economy, their aggregate impact can be greatly amplified. This kind of nonlinear propagation is not something that is captured by conven-tional macroeconomic models.As a case in point, economists have studied the 2011 Fukushima earthquake,   Fukushima   being   an   important   supplier   of   electronic components and auto parts. While the earthquake was immediately responsible for a 3% decline in output in a region comprising 5% of the Japanese economy – and hen for just one-fifteenth of a percent decline in Japanese GDP – the aggregate effect resulting from propagation and amplifi-cation via supply chains was fully eight times as large.Finally, standard models miss the impact of trade restrictions on the intensity of competition. The importance of import competition in applying pressure for domestic firms to maximise efficiency has been invoked in a variety of contexts. For example, the economic historians Stephen Broadberry and Nicholas Crafts attribute the slow growth of productivity in the UK in the third quarter of the 20th century to the anti-competitive effects of the tariffs put in place in the 1930s and then to postwar Britain’s failure to join the European Economic Community. A large body of literature criticises import substi-tution in Latin America in this same period owing to its tendency to suppress the chill winds of competition. Thus, a tariff meant to “make America great again” may only make America fat and lazy again. This should especially be a concern when there already are worries about dominant firms, in high tech and elsewhere, facing limited domestic competition. There are multiple reasons, then, for thinking that the negative effects of President Trump’s trade war will be greater than suggested by textbook macroeconomics.

WHAT IS THE PROSPECT OF A TRADE TRUCE?

This returns us to the question: is there any prospect of a trade truce between the US and China that might avoid these   damaging   consequences?   One   possibility   is   the   inauguration in 2021 of a new US President who lacks Trump’s antipathy toward trade and fear of China. But few of Trump’s prospective general-election rivals are free traders themselves, to put an understated gloss on the point. The most we can hope for is that the next US President will seek to build a coalition of like-minded countries to push for reform of China’s policies toward intellectual property and forced technology transfer, and that (s)he will seek to influence that country’s behaviour by strengthening rather than destroying the rules-based trading system. But the notion that the US and China are now in a struggle for geopolitical supremacy that revolves around technology, and whose outcome will be shaped by trade, is here to stay, regardless of who occupies the Oval Office. The controversy over Huawei and 5G is just the canary in the coalmine. This reality does not bode well for US-China trade relations, for the global trading system, or for the global macroeconomy.