Pravin Gordhan is back… 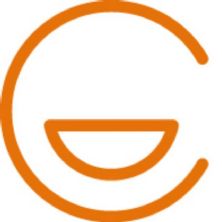 Pravin Gordhan is back… becoming South Africa’s third finance minister in less than a week (that must be a world record?). The news is a huge relief for markets, with the rand rallying 5% against the USD post announcement.

Despite the reassurances minister Gordhan brings, it would be unreasonable to expect all rand losses to be reversed. Markets will now be pondering where this leaves President Zuma, with the whole debacle seen as a big blow politically for the President.

If the excitement around the finance minister wasn’t enough, we also have the US Federal Reserve’s interest rate announcement on Wednesday night. Expectations are for Fed Chair Janet Yellen to raise interest rates by up to 0.25%, with the news all but priced in already.

One certainty is that there’s never a dull moment is sunny South Africa!

DISCLAIMER
All rate quotes are shown for indicative purposes only. It is important to note that foreign exchange rates fluctuate and that the rates will vary depending on the amount and product purchased and sold.