Listed property continued its downward spiral in May declining by 5.9% during the month which takes the sectors year-to-date decline to 18.6%. The 12-month return to end May for listed property is negative 6.5% compared with 8% from the ALSI, 10.4% from the ALBI and 7.4% from cash.

Interesting if one compares it with the position as it stood at the end of December 2017 with a calendar year return of 17.2% and a three year annualised return of 11.7%, it could do no wrong. 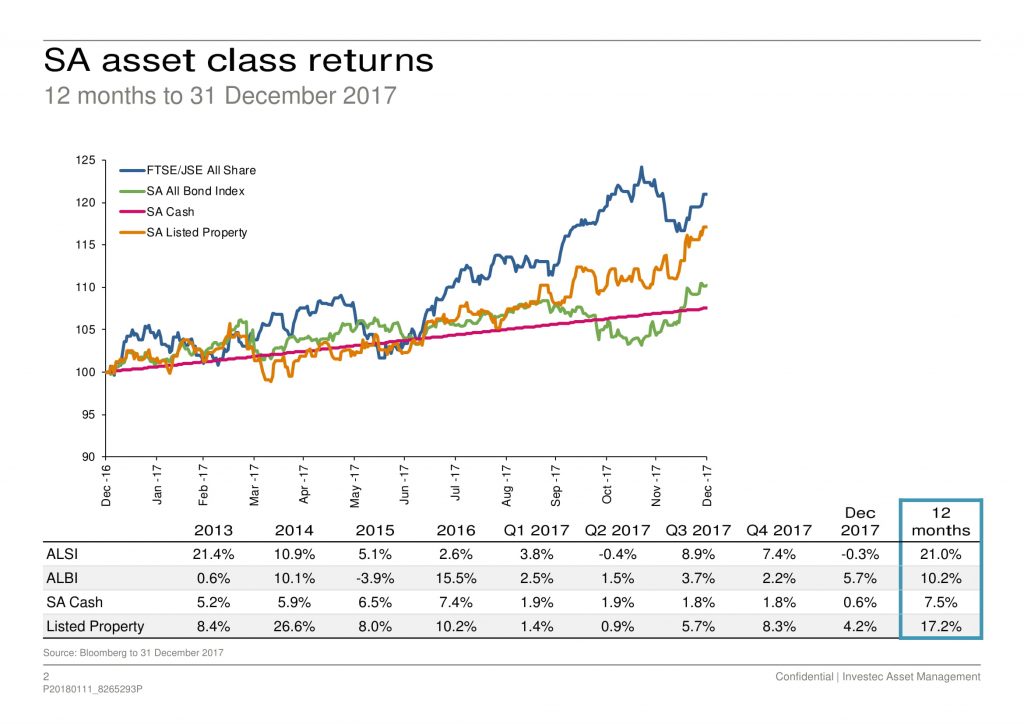 This poor performance comes after years of the listed property sector being the investor’s darling, as shown below. The learning from this is DIVERSIFICATION and the fact that all things will mean revert. It is unfortunate for those, who after five years of extraordinary performance, expected the trend to continue. 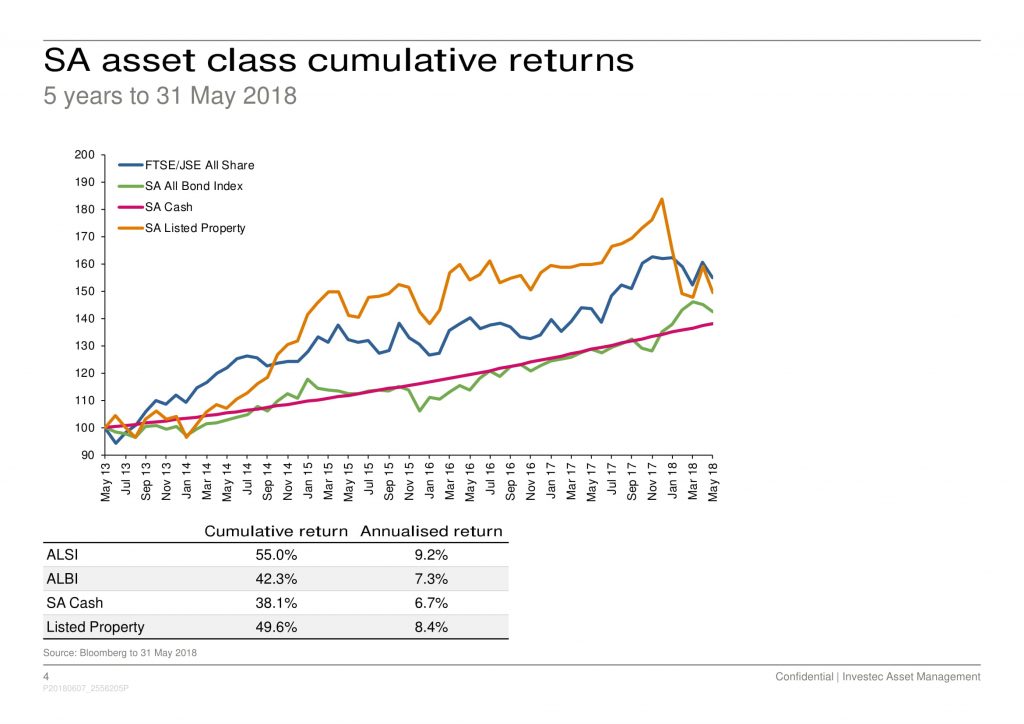