FUNDS ON FRIDAY – by Glacier Research 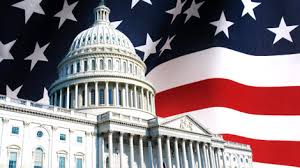 US politics to change the shape of global growth? The outlook for asset markets…

The current moment in global markets is rather historic and appears to be marked by significant ‘signposts’: the Dow Jones broke through the 20,000 mark for the first time; inflation seems to be making a long-awaited comeback, and the world is experiencing extraordinary political change (Brexit, Trump, escalating Euroscepticism). It is also now about eight years since the global financial crisis (GFC); an important milestone at which, historically, economies that have experienced a significant financial crisis regain their pre- crisis lustre. We have also seen a continuation of the global political drift towards nationalism and anti- globalisation. The election of Donald Trump catalysed many economic developments that were previously unfolding gradually, and introduced further new and potentially drastic possibilities.

We see increasing evidence that the global growth environment is improving, as well as a modest rise in inflation expectations. Both developments are associated with a much-needed shift from monetary to fiscal stimulus, which now appears to be in the offing. The “Trump trade” saw an equity rally late in the year, as markets priced in an improved growth outlook, and a return of inflation; global bonds sold off for similar reasons, and a large shift in capital flows from emerging markets (EMs) to developed markets (DMs) also took place. This global development rippled through the domestic market, as high levels of foreign selling weighed heavily on certain key sectors.

Domestically, despite a rally in domestic markets since late December, earnings multiples appear more attractive in aggregate than a year ago (currently ~14x forward P/E) and earnings momentum should improve, albeit largely driven by a very strong rebound in resource sector earnings. There are some lingering concerns about the key drivers of most commodity prices, most notably an oversupplied Chinese real estate market, but diversified miners’ valuations appear to be discounting much lower commodity prices at spot P/E multiples of as low as 5x. We are constructive on domestic equities for the coming twelve months.

Globally, while equity markets are indeed already discounting a fair amount of good news, there are a number of optimistic developments taking place for global equity valuations. These include the waning of significant and enduring headwinds associated with weak commodity prices and legacies of the financial

crisis. There is a frequently expressed concern that the current equity bull market is getting “long in the tooth,” and indeed the returns have been eye-watering, when measured from the lows of the financial crisis. From a longer-term perspective, however, we have had something of a ‘dismal decade’ in equity markets, indeed EMs have gone nowhere for a decade. This should, in addition to below average valuation multiples, temper worries that equity markets have simply run too far ahead of fundamentals.

As many of the changes in outlook over the last quarter can in some way be connected to President Trump, US politics makes a good starting point for the current narrative. Trump, very significantly, represents the easing of two important ‘gridlocks’ that have characterised the US political-economic situation for much of the past eight years.

The first gridlock has been within the political system, more specifically between Congress and the White House. This has resulted in much political ineffectiveness, seen, for example, in the inability to act decisively when fiscal spending was required. Following Trump’s election, however, the Republicans control both the White House and Congress, thus significantly easing this first gridlock, and consequently improving the likely effectiveness of the political system. Read More