Cash is not King! 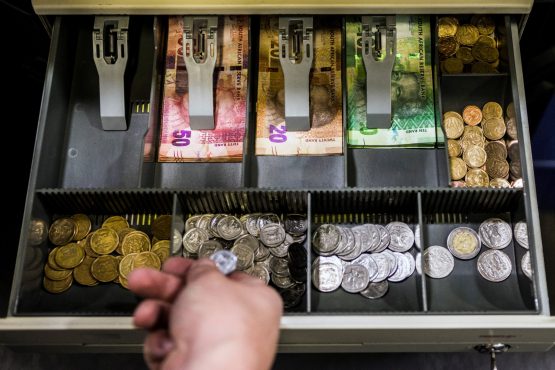 As advisor’s, one of our most important jobs is preventing clients from making rash decisions based on sensational media headlines. Our focus on long-term asset allocation and therefore remaining invested is supported in this Moneyweb article.

‘Cash is not king’

Even if inflation spikes during a downgrade spiral, growth assets remain important – MacroSolutions.

JOHANNESBURG – Even if South Africa enters a ratings downgrade spiral, the average pension fund should still be able to deliver good returns in the long term, a portfolio manager says.

President Jacob Zuma’s decision to fire former finance minister Pravin Gordhan and the subsequent downgrade of the country’s sovereign credit rating by S&P and Fitch have raised fears that South Africa could enter a downgrade spiral. Under such a scenario, many foreign investors would become forced sellers of local bonds, money would leave the country and the rand would depreciate. With the currency a key driver of inflation, the inflation rate would accelerate and South Africans’ wealth would erode a lot faster.

Graham Tucker, portfolio manager at the Old Mutual Investment Group’s MacroSolutions boutique, says a large portion of the South African equity market is geared towards a weaker rand. Shares like Naspers, Anheuser-Busch InBev and Steinhoff would likely benefit if the rand depreciates.

The average pension fund will probably have about 25% invested in offshore assets and while a weaker rand will probably lead to inflation moving higher, it shouldn’t be bad news for an investor’s pension fund. It is important to understand the difference between the economy and the market, he says.

“We are not saying we are going to enter a downgrade spiral, but if we do, that will obviously have an impact on inflation, but your average pension fund should be able to still deliver good returns going forward.”

Recent political developments have led many investors to re-evaluate their portfolio positioning and have arguably increased the perceived attractiveness of cash investments.

“It [a cash investment] gives you that feeling of safety and security in the short term, but in the long term it doesn’t give you what you need in order to achieve your financial freedom.”

Investors are generally very aware of the risk of losing money in the short term, which is why they consider a cash investment, but they are very unaware of the risk of being in cash over ten years, adds Zain Wilson, portfolio manager at MacroSolutions.

“The real killer is inflation.”

Over the past 87 years, cash has delivered a return of 6.9% per annum on average. During the same period, inflation was 6.2% a year, while the local equity market delivered 14% per annum.

Tucker says selling equities because the asset class is not performing exactly as expected or due to a knee-jerk reaction often leads investors down the wrong path. It is important to assess the fundamental environment to determine if selling is appropriate.

The global environment is looking better with synchronised global growth coming from China, Europe and the US, he says.

In the wake of the global financial crisis, the South African market was getting quite expensive, but it has taken somewhat of a breather over the last two years and some value has returned. An improved global outlook and better local value should support local equity returns going forward, although returns are unlikely to mirror those experienced after the financial crisis.

“Our market still looks somewhat expensive on the standard measures, but not as expensive as it has looked over the last two years. The environment is looking better, which should be supportive of earnings, which means that we’ve got a bit more confidence that we will get better returns from our equity market going forward.”

While recent political developments have raised fears that South Africa could be heading for the same economic trajectory as Zimbabwe and Venezuela, Tucker does not believe investors should be sitting in cash.

Although South Africa was at a crossroad, there was no ability to determine whether it would take the low or high road.

“What we are trying to do in the portfolio is manage our risk.”

The possibility that Gordhan would be removed existed for some time, he says. While they increased their exposure to property, banks and clothing retailers over the past 12 months, they also managed the risk by buying British American Tobacco and gold shares to balance the portfolio in case something like that happened.