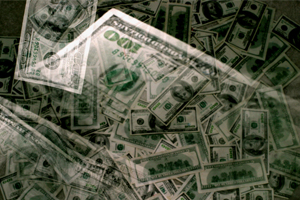 Matt Brenzel, portfolio manager and strategist at Cadiz Asset Management had the following thoughts on QEs to-date. Click to read the relevant section from his July equity market commentary.

Those in the know have placed sizeable odds on the 3rd quarter of 2012 being the one in which investors will see another round of Quantitative Easing (“QE”), especially by the US Fed. We thought that it be worth-while to review what happened in the previous QE cycles, in order to determine what might happen this time around.

So here’s the history lesson:
QE1 officially kicked off on 25th November 2008 and lasted until 31st March 2010. In that time, the Fed actively bought a total of $1.25tr in mortgage-backed securities and $175bn of agency debt. The unequivocal focus of the Fed was to lower mortgage bond rates, to re-enable access to the debt markets for homeowners and to improve financial conditions. In the event, mortgage bond rates fell from the high of 6.3% at the start of the programme to 5.2% by the end (other impacts will be discussed later). Many expected mortgage rates to rise again after completion of the programme, but were confounded by a further subsequent fall.

QE2 was announced on 3rd November 2010 and had run its course by 30th June 2011. During this period, the Fed rolled the maturities of the first programme back into the market and acquired another $600bn of long-term bonds. The hope was that these actions would further stimulate the broader economy and lead to additional falls in mortgage bond yields. In the event, both government and mortgage yields were higher at the end of QE2 that at the beginning. Both have since turned quite strongly as the hunt for yield became a more common theme and the Fed implemented “Operation Twist” in September 2011.

The effect of both QEs on financial markets was considerable as evidenced by the following tables. The upper table (page 3 of the attached commentary) shows the performances of various asset classes following on the QE announcements (as well as the eight month period in-between). Both QEs were unambiguously positive for equity and commodity markets as the massive liquidity injections debased the US$. Risk-loving investors found the zip of their wallets and loaded up on Emerging Markets and small cap stocks. Market volatility as represented by the VIX fell back meaningfully. US high yield corporates were winners as the macro uncertainty of the Great Recession (“GR”) had prompted companies to move into self-preservation mode and rebuild balance sheets. US treasuries marked time. The moderation of returns between QEs was remarkably muted, with the exception of the VIX.

With equity markets being assigned junk status during the GR, both QEs provided the necessary medicine to turn things around as can be seen in the performance of equity sectors in the lower table (page 3 of the attached commentary). Thus Financials and the broader Cyclicals (Materials, Industrials and Energy) flew, especially after QE1 when the base was particularly low. Note the divergence in the sectoral performances in between QE1 and QE2 when risk was once again firmly “off”.

The Fed has indicated that there will be no more QEs unless there is a serious deterioration in the US macro picture. Whilst some variables have taken a turn for the worse or undershot expectations, they are hardly heralding a recession (although it can be argued that the current growth vector of 1% – 2% p.a. is tantamount to a recession). Indeed, the housing market looks to have turned upwards. In addition, the US stock market has been performing admirably both in relative as well as absolute terms – it is now 19% and 5% higher, respectively than at the end of QE1 and QE2. What has remained sticky is the job market where unemployment is unwinding too slowly.

So do we agree that another QE is due soon in the US? Probably, but we think that the Fed might need more persuading. Interestingly, the positioning of global funds in one of the sectors which derived the most benefit from the previous QEs – namely Materials – is significantly underweight, so others aren’t placing any bets on either another QE happening soon, or QE3 having the same impact on risky assets as before. For one, the absolute jump in asset prices post QE2 was less than during QE1 – although the base was clearly higher. More importantly though, China and Europe have grown as “issues”. A concerted global QE or something similar (such as a fiscal stimulus boost) would have a far greater and lasting impact, but at this stage policymakers are too focused on fighting fires at home. The large underweight to the Materials sector does however create a fascinating opportunity for a contrarian view.