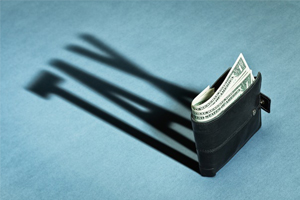 Adam Cooper, a professional rugby player, needs advice on whether the salary he earns while playing rugby outside South Africa will be exempt for income tax purposes.

Adam’s question is as follows:

“I need your advice on the following matter. I have been offered a contract by the South African Rugby Union (Pty) Ltd (SARU) and if I accept it, I will be their employee for the duration of the contract. I have been selected to tour Britain, France, Australia and New Zealand from the middle of August 2012 to the end of November 2012 as a member of the Springbok squad. I will earn a monthly salary from SARU and will be paid my salary while playing rugby in the above countries.
https://www.southwood.co.za/newsletters/teamwlogo.jpg
The tour is for 14 weeks in total. We are not allowed to return home to South Africa during this 14-week period. I have heard that there are certain circumstances where my salary earned as such will be exempt from taxation in South Africa. What are these circumstances, and do I qualify?”

South Africa has a residence basis of taxation.

Section 10(1)(o)(ii) of the Income Tax Act stipulates that South African residents are taxed on their salary earned outside of South Africa, regardless of whether or not they work for a local or foreign employer. In this case, Adam is employed by the South African Rugby Union (Pty) Ltd (SARU) which is a South African “employer”.

A South African resident would need to work outside of South Africa for a continuous period exceeding 60 complete days;
as well as an aggregate period of 183 days or longer during any 12 month period.
Although Adam will be working outside of the Republic for 14 weeks, totalling 98 days (exceeding 60 complete days), he will not be working for an aggregated period of 183 days or longer. Therefore, only one of the two circumstances has been met and Adam will not be exempt from income tax on his salary earned outside of South Africa.