Narrowing in on Naspers

Naspers has for long been one of the biggest drivers of investors returns as it was the largest company on the index and one of the best performing. We have seen the Naspers share price go from an initial listing price of R47.50 to gaining momentum and being priced over R3 500 per share at its peak in February 2021. It therefore comes as no surprise that Naspers/Prosus frequently tends to feature in the top 10 holdings of numerous local funds and even a few international funds.

Exhibit 1 | Naspers Ltd Share price since inception
Source: Morningstar Direct as of 31/12/2021. Past performance is not an indication of future results.

How do Prosus and Tencent fit into the Naspers picture?
On 25 March 2019, Naspers announced its intention to list its international internet assets on Euronext Amsterdam with a secondary, inward listing on the Johannesburg Stock Exchange in South Africa. The new group listed on Euronext Amsterdam on 11 September 2019 and is called Prosus1. Prosus owns approximately 29% of Tencent, a Chinese multinational entertainment conglomerate.

In 2021 Prosus did a transaction with Naspers to increase the free-float of Prosus shares in the hopes of increasing the size of Prosus in the respective indices and shrinking size of Naspers. Despite this, the crown jewel for both entities remain their exposure to Tencent.

Exhibit 2 | Performance of Naspers, Prosus and Tencent since inception to end December 2021
Source: Morningstar Direct as of 31/12/2021. Past performance is not an indication of future results 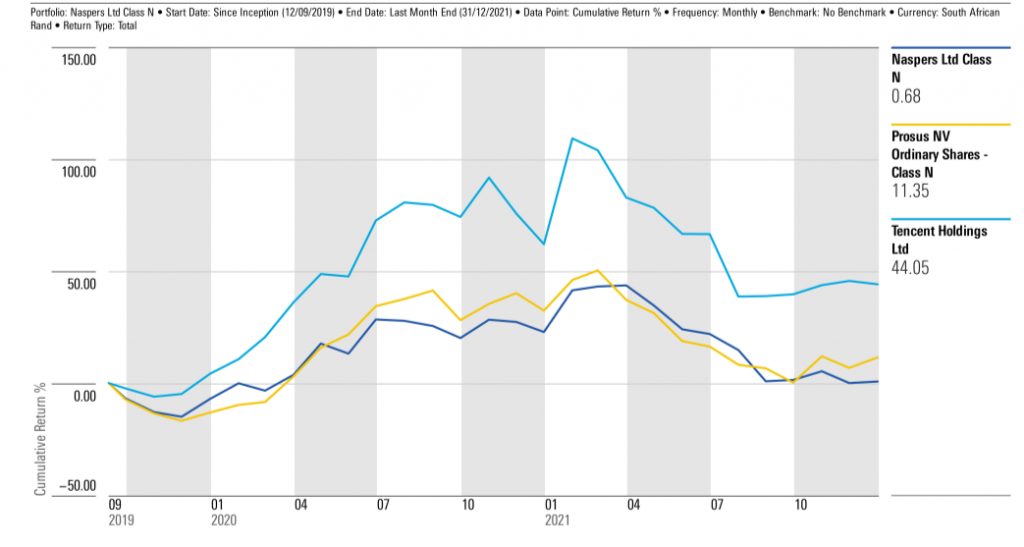 Naspers and Prosus share price of late
Local investors were stung by the meaningful decline in the Naspers and Prosus share price in 2021. When compared to the JSE All Share Index (that was up 29.2%), Naspers was down -18.0% and Prosus -18.3% for the year. This is a 47.2% and 47.5% difference respectively in performance over the calendar year. What drove this massive decline? Tencent, which fell by 19.1%, translating to -12.6% in Rand.

Exhibit 3 | Performance of Naspers and Tencent against the FTSE/JSE All Share Index
Source: Morningstar Direct as of 31/12/2021. Past performance is not an indication of future results 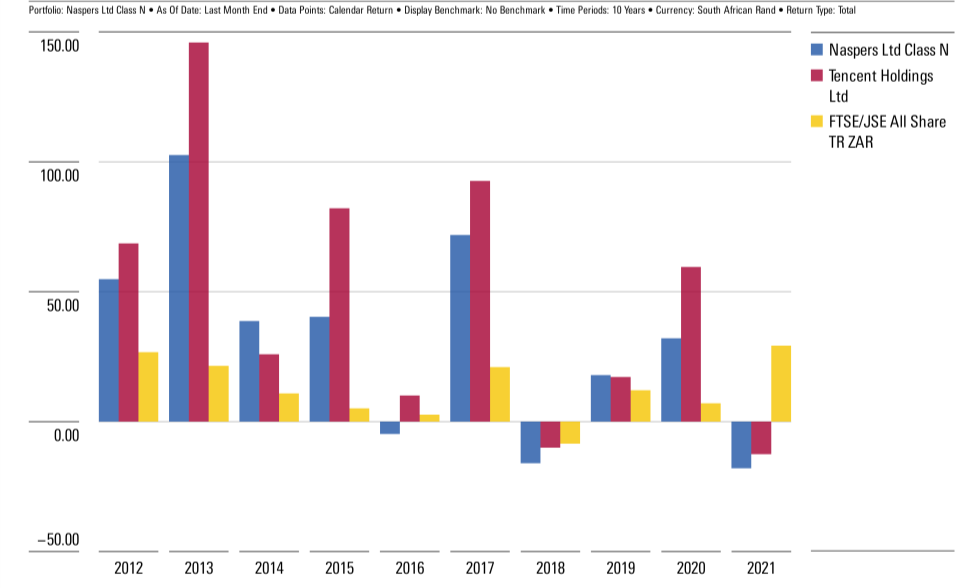 What was the driver behind the fall in the Tencent share price?
Tencent’s share price faced two significant headwinds in 2021. The first was the regulatory crackdown on Chinese technology companies and the second came about when shareholders became spooked by Tencent selling companies they owned.

2) Tencent unbundling assets
As of the end of September 2021, Tencent’s investment portfolio was valued at around $185 billion. This included shareholdings in JD.com, WeChat and Tesla to name a few. Last year Tencent announced its plans to distribute more than $16 billion of JD.com’s shares as a one-time dividend. More recently they announced the sale of $3 billion worth of shares of Sea limited, a Singapore-based gaming and e-commerce business.

What does this mean for client portfolios?
Through our capital markets research and risk framework, we implemented a cap of 10% exposure to Naspers across our portfolios. While this might have detracted from relative performance when the shares outperformed the market, it has served investors well in years where there have been meaningful drawdowns, such as 2021.

While the share price has been largely impacted by the factors mentioned above, Naspers is trading at more attractive valuations than a year ago. At these current valuations we are comfortable with the holding in client portfolios and while real risks do exist in Chinese investments, we believe most of the negative sentiment and risk is in the price.

Within our equity core (which comprises of four funds) two of the funds, namely PSG Equity and Aylett Prescient Equity, have had no exposure to either Naspers or Prosus. Both of these funds were key contributors to clients’ portfolios over the past year.

Morningstar is focused on helping you empower investor success. At times like this, more than ever, we strive to provide the support advisers need to help keep clients engaged, informed and on track to achieving their financial goals. 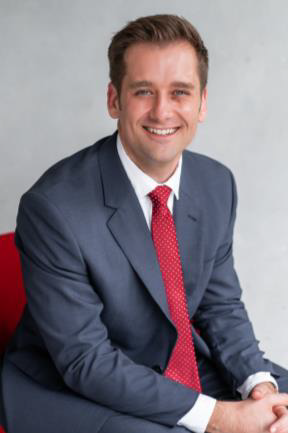